The Establishment of the School in Japan (Nihon Kaishu)
The Soto Zen School recognizes two eminent Ancestors as our founders, Dogen and Keizan Zenji. The essence of the Soto Zen School was transmitted from China, eight hundred years ago, during the Kamakura period by Koso Dogen Zenji. The fourth Japanese ancestor of the school was Taiso Keizan Zenji who was instrumental in enhancing the teachings and expanding the school. 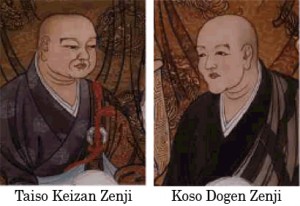 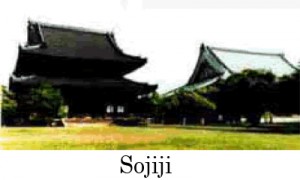 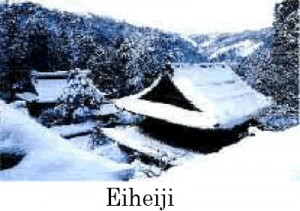 Buddhist Doctrine (Kyogi)
We are all children of the Buddha and come into this world endowed with the Buddha-Mind (busshin). However, failing to realize this, we live selfish, willful lives, causing much suffering. If we make repentance to the Buddha and take refuge in him, our minds will come to rest, our lives will experience harmony and light, and we will rejoice in being of service to society. We will also experience the deep faith that will allow us to stand up under any hardship. To discover happiness and a life worth living is the teaching of the Soto Zen School.

Buddhist Sutras (Okyo)
We recite various Buddhist sutras, including the Meaning of Practice and Verification (Shushogi), the Heart of Great Perfect Wisdom sutra (Hannya Shingyo), The “Avalokiteshvara Boshisattava Universal Gateway” Chapter of the Lotus Sutra (Kannongyo) and the “Life Span of the Tathagata Chapter” of the Lotus Sutra (Juryohon).