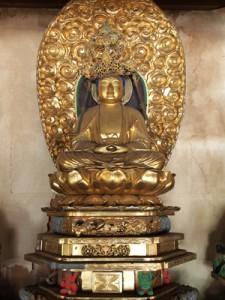 Founding year
Choan-ji was founded in 1505, during the warring period.

Founding lay followers
Choan-ji was first sponsored by Masaki Tokishige, a feudal lord of the Masaki Family; and later, his daughter and wife of Satomi Yoshiyori of the Satomi Family, Goinkyo sama, helped in solidifying the foundations of the temple.